“From partying to business,” or a story of creating a Spanish startup for cleaners

Coming up with a startup idea at a party with friends, selling personal items to raise money for the platform development, parting ways with the critical business partners, and finally, creating Wiclee — Spain’s first app for cleaners and their clients. It's not a Netflix series premise, but rather the true experience of a 22-year-old Spanish entrepreneur, which he told Conte.ai Magazine.

An idea from the past is an example for the present

Carlos got interested in entrepreneurship as a child. He kept his enthusiasm over the years: in his life, he is guided by the principle ‘if you don’t try, you won’t find out.’

“An online clothing store was my first ever commercial project,” the businessman recalls. “We created it with my current business partner when we both were 15 years old. That experience taught me a lot, such as communicating with suppliers and clients and creating a company from scratch.”

Years later, Carlos and his friends came up with the idea to create an automated platform where everybody would be able to order cleaning services and select an appropriate specialist based on reviews. The idea was inspired by life: they often organised parties, after which they had to clean up the house. They didn’t want to clean themselves, so they used to hire cleaners. Looking for a good specialist was time-consuming, so the guys decided to simplify the process.

“We created the Wiclee service on March 13, 2020, and on March 16 they announced the lockdown all over the country. We decided to dedicate our time during quarantine to developing the platform,” Carlos shares. “We hired Indian developers and challenged them with creating a website prototype, at the least, or the first operational version of the product, at the most. In January 2021, the service became available to users. At first, it only worked in our home city Zaragoza, but soon it became in demand in Barcelona, Madrid, Valencia, Bilbao, and other cities. In June, more than 600 customers and 400 contractors were registered on our platform.”

Wiclee is unique in that its designers built the platform on a contractor rating system, which does not have an equivalent in Spain. Everyone who wants to use the platform to offer services must first pass a test. Clients provide thorough feedback on the quality of service. The system then provides a ranking and promotes the best specialists to the top. Furthermore, the team examines contractors' CVs and social media accounts, as these can reveal a lot about a person. It's important to remember that if someone wants to cheat, they'll cheat. Time, on the other hand, usually reveals who is who. This service can't guarantee the dependability of every contractor right now, but the team is working to improve the ranking system.

“The pandemic had a rather positive effect on our industry: the demand for the services of cleaners and housekeepers went up significantly. During the quarantine, people realised the importance of hygiene and how tired they were of the household chores. Our clients want to spend more time with family, not waste it on cleaning. We plan to launch a new version of the platform and expand the company in the nearest future.” 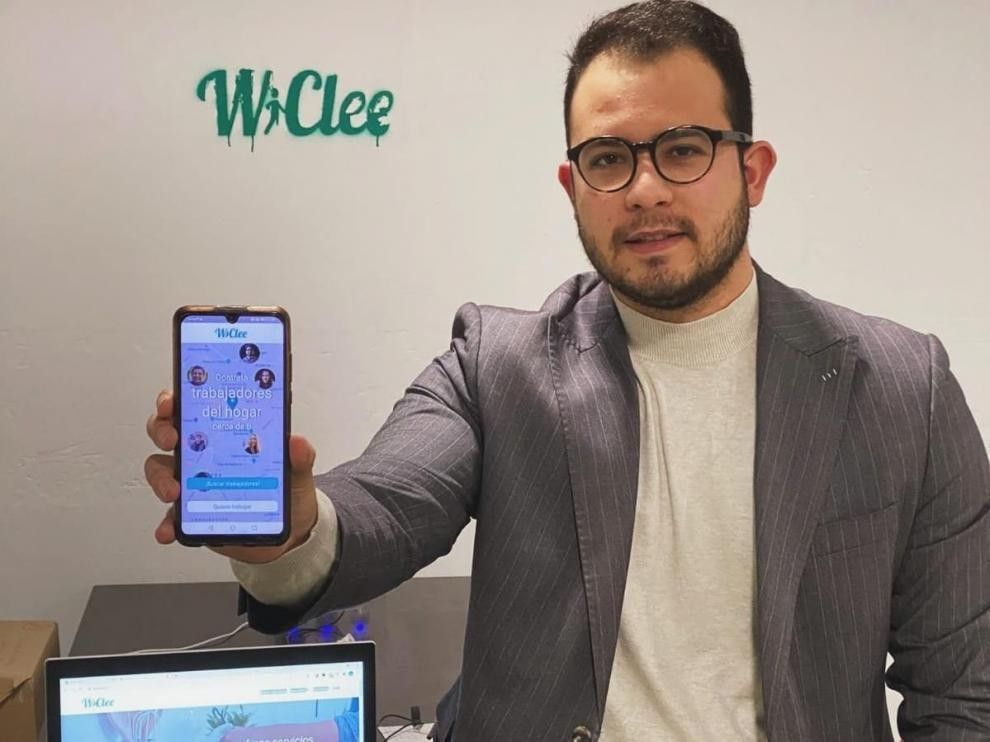 At first, the lack of funds was a crucial issue for the creators of Wiclee. They didn’t have investors. A few times, there was almost nothing left in the account, and they still had to pay for the services of contractors and the work of the servers. Carlos had to sell personal items to be able to keep working on the project. Financial challenges slowed down the launch of the platform, which caused them to miss many clients.

The second issue was getting in touch with contractors. Carlos eventually grasped the importance of stating your goals and preferences as clearly and openly as possible. He also learned that when choosing partners, he should be cautious and thoroughly examine all aspects of the collaboration before beginning to work together. Carlos, a friend, and two other co-founders came up with the idea for Wiclee. The partners divided the responsibilities among themselves as they saw fit, but they overlooked a number of variables. It resulted in several issues that they were unable to resolve. As a result, the two co-founders quit the company after half a year, leaving only Carlos and his friend in charge.

“My friend took care of marketing and accounting, and myself – the technical part of the startup. We now have hired an SMM manager, and a specialist in technical support and product development will join us soon. We’ve also got two investors now, but soon, there will be more.” 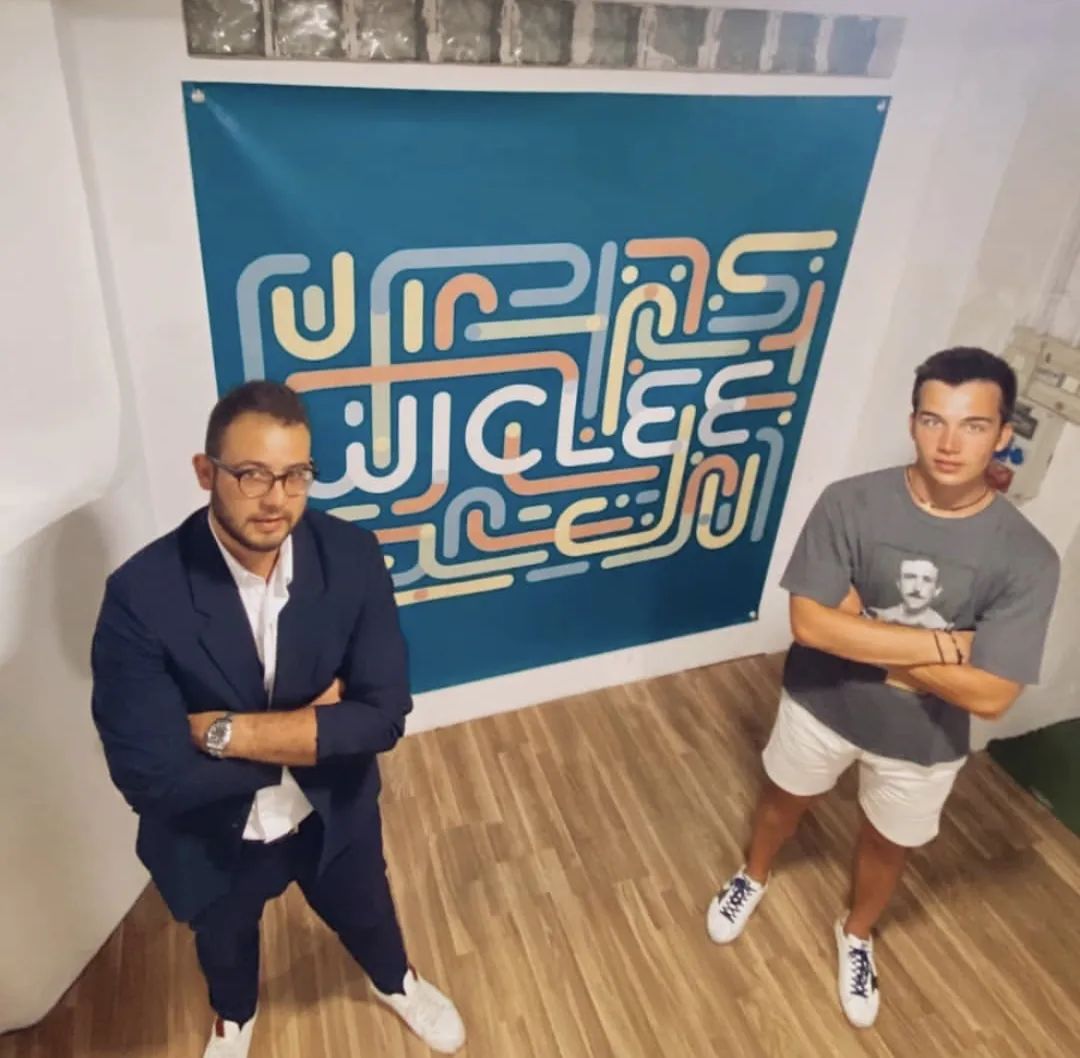 Текст: The Wiclee team: Carlos Zapatero (standing left) and the co-founder of the company  (standing right)

Mr. Wiclee and a breakthrough on social media

“Our marketing strategy includes both online and offline promotion. We are considering publishing articles about our platform in mass media. We are planning to launch an extensive offline event in the future: we will rent a place downtown, stage a few sections there, for example, a kitchen, a hall, and a hospital, and will decorate them with Wiclee banners. Entertainers dressed in the costumes of Mr. Wiclee will be cleaning up and chatting to people at the same time. Potential clients will learn about our services and will be able to immediately download the app via a QR code placed on banners. As for the online promotion, we will soon place contextual ads on Google Ads – we have already prepared them. We are also actively advertising our service on social media and using all the tools of Facebook & Instagram Ads.”

The entrepreneur is certain that social media is an indispensable business tool. Instagram has about a billion users at any given time, and it would be foolish not to take use of the chance for promotion that this network presents. A company can use social media to communicate directly with its customers, gather feedback and enhance the quality of their services, promote products, hold freebies and specials, and much more. In today's environment, a business can't thrive without social media because without it, you're nothing.

More than a thousand users have registered on Wiclee over six months, and effective promotion on social media largely contributed to that. Regular posts and constant work with the audience is a simple way to create a positive brand image and attract new clients. There is no need to hire a content manager to work with social media: Conte.ai is the ideal combination of devoted specialists and AI-powered technologies that comprise a unique creative content development system that assures the regular generation of high-quality content.

Why entrepreneurs shouldn’t follow the lead of Elon Musk

Businessmen often get inspired by the experience of more successful colleagues, but Carlos isn’t one of them. He believes that following someone else’s lead is a bad idea. If you look up to a successful entrepreneur who has achieved a lot, such as Elon Musk, you might end up feeling frustrated. Carlos tries to only compare himself with his past self. It allows you to see what you have achieved over a certain period of time and understand whether you’re moving in the right direction. The entrepreneur is certain that you will reach success if you believe in yourself.

“I am motivated by my ambitions. When you start a business, you want to develop and expand it to see what limits you can reach. The most important thing I can say to aspiring entrepreneurs is to be persistent! This character trait helped me a lot. Wiclee worked without profit for almost a year. However, despite that, I kept working hard and achieved everything I had dreamt of.”