“Recruitment is a complete mess”: How startup enthusiasts are changing the Spanish labour market for the better

Adrián Estellés Hereu from Spain did not have a computer when he was a kid; in his teens, he earned money by working in a factory; later, he and his friend went on to create the job-hunting e-portal JOBLink – and the service took off. Today, we are talking about this entrepreneur’s unique career journey and the platform he developed that makes it easier to search for a job and hire employees.

“I’m from a poor family; we didn’t even have a computer at home in 1998,” Adrián recounts about his past. “When I was 17, I had to drop out of school and work as a handyman at the local factory. Some of my colleagues had never worked anywhere apart from that factory, and many of them were in their 50s. They had completely stopped enjoying life. I wasn’t inspired by such a prospect. Then one day, one of my colleagues told me about an opportunity to take an exam, get a diploma and enrol in university with him. You could only take the exam after you turned 25, and I was only 23 at that time. But that didn’t stop me.”

Adrián accepted his colleague’s offer with enthusiasm and dived into studying. Even before the exam, he quit his job at the factory. His relatives and friends did not support that decision: why quit a stable job and go nowhere? However, the entrepreneur believes it was the best decision of his life. He was eventually offered a place at the technical university since he liked computers and everything about them. Studying was easy for Adrián – he was a quick learner. He finished his studies in 4 years, and the last year was dedicated to an independent project. Then he did his master's in industrial programming, where he learned to develop microchips and automation processes. After graduating, he entered his new profession.

Adrián’s entrepreneurship started when he worked in a laser playroom for kids and teens. His employer suggested that he develop a technical aspect of the game and create a franchise. But then the recession happened, and the project was abandoned. Later, Adrián and his friends tried to start a business together. Unfortunately, the friends did not take the project seriously; girls and parties were more important to them. Since business requires a serious approach, it did not work out.

Then Adrián developed an app for a startup and was offered a position leading the project; he accepted the offer. Eventually, this project failed as well, this time in a later stage of development: Adrián set objectives, but the employees did not meet them for various reasons. Finally, the newly appointed CEO got tired of that, paused the project, and the app remained unfinished. Two years passed with no progress, although, according to the entrepreneur, it had been a great idea. 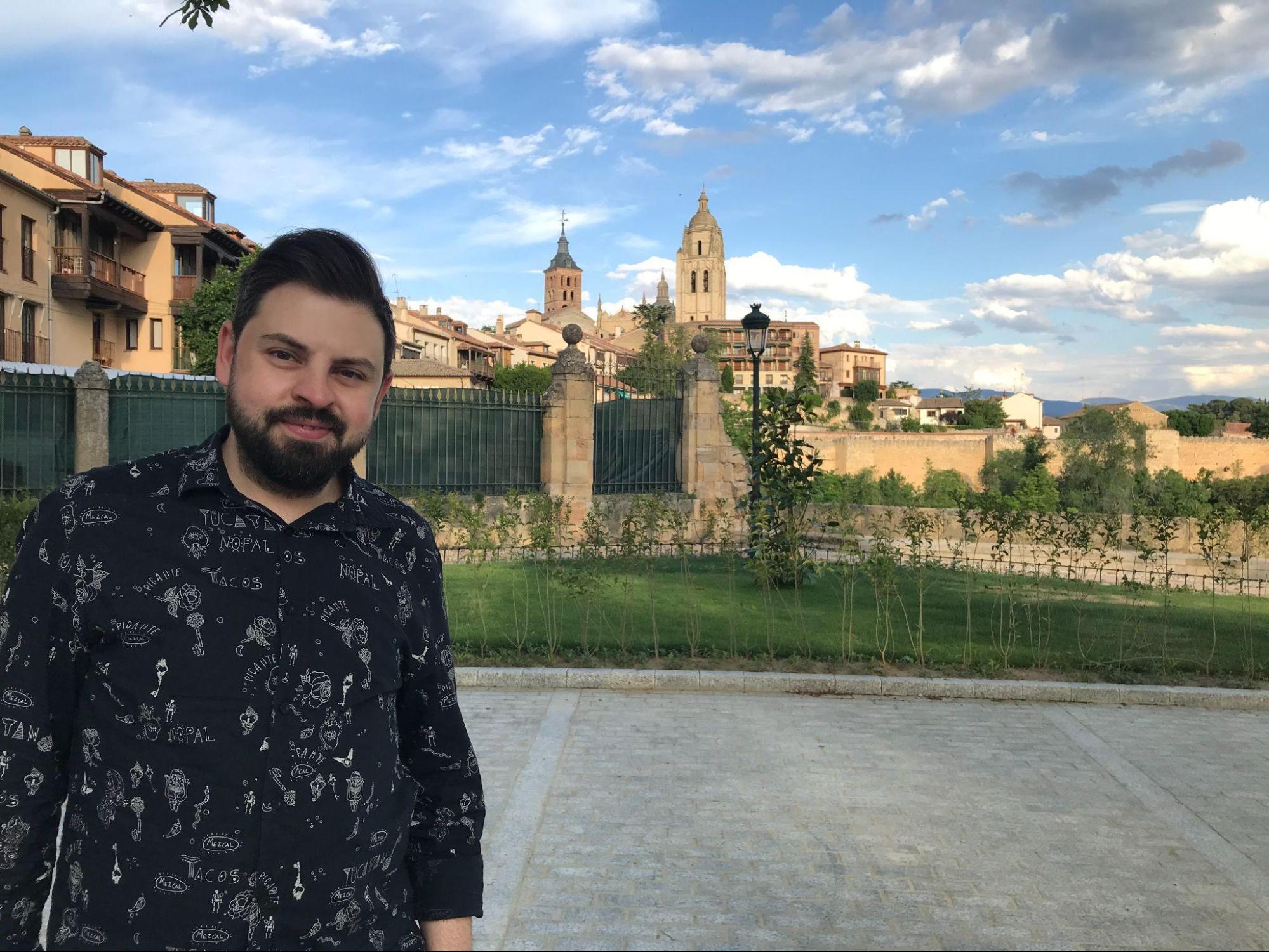 Inspiration to change the labour market

The story of JOBLink began when Adrián and his friend Felipe were working in the technical support department of a travel agency.

“Tons of CVs went through us, and we knew that the recruitment was a complete mess. I have examples from personal experience: once, I was interested in a job at one company, had an interview but was eventually rejected. Two months later, they called me with the offer of an interview for another position. I told them that we had already talked, but they didn’t remember that. Another time I got a call from two different people from the same company trying to arrange an interview for the same position.”

Seeing that the recruitment system was broken, Adrián and Felipe decided to launch a startup that could simplify job-hunting. In the summer of 2019, they were drinking coffee and discussing the new project, and in December, they finally decided it was time to rent an office and begin the development. At the time, Adrián was scared to quit a good job. But in March 2020, before the first lockdown, the startup enthusiasts rented a space. The travel industry was already in turmoil then, and they were made redundant. So, the founders of JOBLink no longer had any excuse to delay the project. The lockdown gave them half a year to develop and launch the service.
“At first, we had the idea to create a ‘three-in-one’: an Applicant Tracking System (ATS – an automated system for tracking applicants through special algorithms), a job-hunting portal, and a marketplace for enterprises where they could buy applicants’ data. But implementing that idea was harder than we expected. Therefore, we first developed an АТS, which would make searching for employees easier. That idea failed, so we decided to develop a job-hunting portal. People liked our idea – before the service had even launched, there were several thousand candidates on the waiting list; today, more than 10,000 applicants and 160 companies are registered on the platform.”

At first, Adrián and Felipe did all the work themselves; later, other business partners joined the team: a promotion specialist, Josemi, and a financial industry expert, Gonzalo. Adrián selects his partners according to the principle “they should be able to do what I cannot”. Although the rule did not apply to Felipe, he supplied the momentum that Adrián lacked to initiate the project. When choosing his team, the entrepreneur focuses on his first impression of a person. That lets him know whether or not he will be able to work well together with this specialist. The professional’s experience and eagerness to grow with the team and acquire new skills are also important. 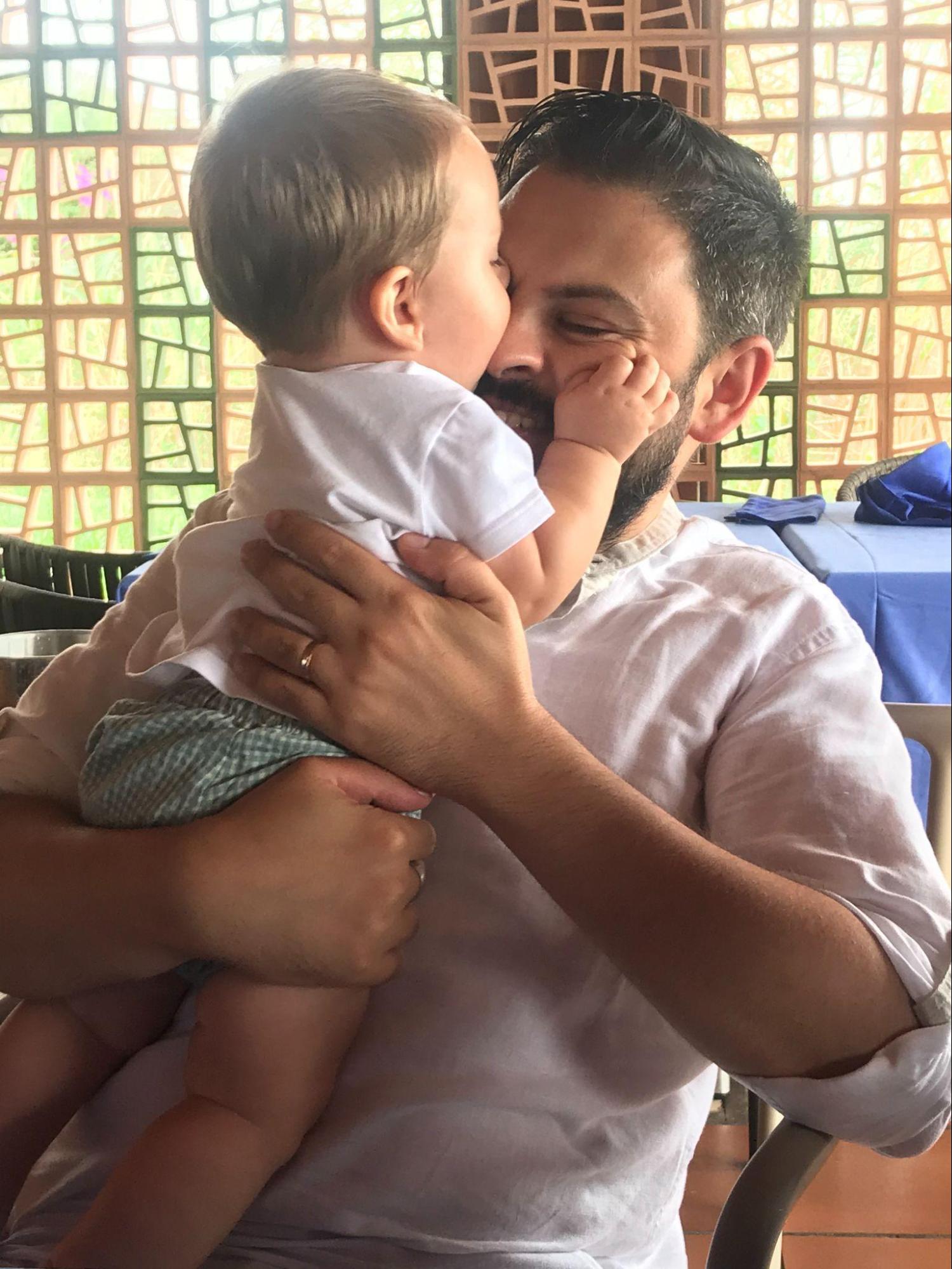 Despite being extremely busy, Adrián always finds time for his family.

The service that outplayed competitors

JOBLink is not just a job portal but includes an artificial intelligence-based АТS. It is the only service in Spain that provides not only the opportunity to browse and select job vacancies but also the tools to manage the process of hiring applicants. On JOBLink, a business can not only find employees but organise working teams. In the future, the program will be able to predict what specialists an employer’s team is lacking.

According to Adrián, the startup’s competitors are stuck in the past, and applicants have a love-hate relationship with them. The applicants hate outdated job-hunting platforms but still go there since they do not know the alternatives. The JOBLink service is more open and human.

“We noticed that job-hunting portals use an old pattern, focusing only on big companies. Their main objective is to make the employers happy, not the applicants. We’ve changed that, made the job search more comfortable and, most importantly, less stressful and traumatic. People like it, and that’s why they use our service. Yes, we work with large businesses too, but that’s not our core mission. Even employers promote us, saying, “I prefer JOBLink to InfoJobs.” Eventually, we want applicants to come to us since the more people use the platform, the better. Then the employers will come to us too since they won’t have a choice.”

In the future, the entrepreneurs are planning to launch an integrated system for businesses that will not only help them find candidates but also allocate them to departments or teams. In addition, they are currently finalising a soft skills analysis system so that businesses can find not only tech-savvy candidates but also those with excellent teamwork skills. This will help companies solve the problem of high staff turnover. Adrián is certain: in the future, candidate selection should be performed with the help of artificial intelligence, which can conduct a more detailed analysis than humans. 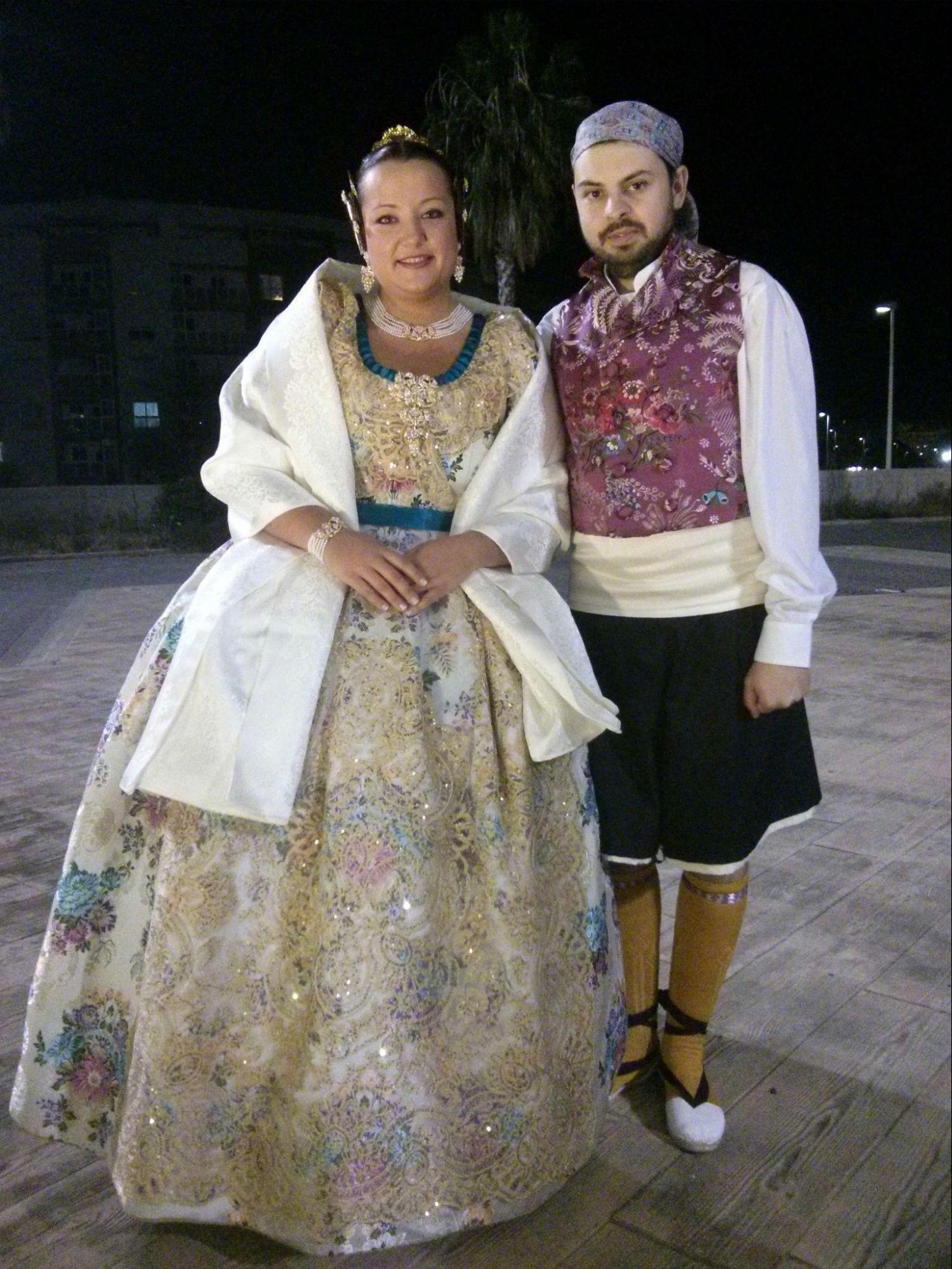 Adrián in a traditional costume from Valencia.

Marketing issues and the secret of high conversion

When launching their business, the marketing and brand visualisation turned out to be the most challenging aspect. The entrepreneurs had to develop a strategy from scratch, and as they were beginners, it proved to be a challenge. They had created the product but knew nothing about marketing. As a result, their first marketing campaign was a complete failure due to their lack of basic knowledge: they had chosen the wrong way to contact their target audience. However, the project team learned their lesson, and on the second try, everything worked out.

“At this stage, JOBLink has a conversion rate of approximately 40%, both with businesses and users, while our competitors’ rate is 5–10%,” the CEO shares. “Our former business partner, Josemi, is an influencer on LinkedIn. We used his profile to find clients and promote the product. He helped us gather a large audience.”

In December 2020, the startup CEO announced a competition: the team members who brought in the most candidates would get a monetary reward, a 300 euro Amazon gift card for first place, a 100 euro gift card for second place, and a 50 euro gift card for third. Josemi attracted 1500 people. Later, after he left the company, the results of promoting on LinkedIn declined. However, JOBLink now has more than 12,500 connections on LinkedIn; therefore, Adrián focuses his marketing on this platform.

“We tried launching a paid advertising campaign on social media but wasted 150 euro. We plan to return to this tool after developing a scalable marketing strategy. I want to clearly understand all the stages to be able to predict the results. Without this data, it’s useless to invest in paid advertising. Now we are actively attracting investments, and most of this money will go towards social media advertising,” the CEO says.

The startup has accounts on Facebook and Instagram, but so far, they have attracted only a minor audience. Now, the team is developing a new promotional strategy that will focus on attracting new users and gaining their trust. At the same time, they’re considering delegation of the burden of running social media to a third party. Conte.ai is an asset for those businesses that don’t have the resources to employ an in-house SMM manager or a social media marketing agency but still want their content to be appealing to potential customers.

Adrián studied marketing for a long time to develop a new В2В strategy, which the company will soon implement. The headhunters with whom they partner will record short training videos on different topics for their colleagues. The startup team will use this content as a lead magnet in exchange for the user’s email address. Then, using four-step distribution, the specialists will motivate the headhunters to register on the website and offer them a paid subscription.

“If you’re an aspiring entrepreneur, do not create a product without a marketing specialist!” the CEO finishes on a positive note. “Remember: creating a business isn’t just about creating a product – you also need to develop a marketing and a financial plan. It is extremely difficult to grow and impossible to sell anything without it.”