The story of how a startup helps Spanish farmers earn more

In 2020, Spanish farmers protested because of the high commissions owed to intermediaries and the inability to earn a good living. To help solve the problem, Alvaro Perez Redondo and his partners created the HarBest Market service, and now farmers can sell their goods directly to restaurants.

Alvaro Perez Redondo is 26 years old and was born and raised in Madrid. He studied Business Administration and Management at the Carlos III University of Madrid. After finishing his studies, the young man went to work for Santander Bank, where he first advised on investment funds before moving to the strategic consulting department.

It was a stable job with a good salary and gave Alvaro the opportunity to see the world: he went on business trips and spent some time working in Norway and the USA. But despite all the advantages, he wished that he was doing his own thing. He wanted to do something that would benefit society.

“I've had a lot of business experience. I started illegally selling Calvin Klein underwear to my acquaintances and buddies when I was 14," the entrepreneur reveals. “That's how I earned my pocket money. In addition, my father was also an entrepreneur, and he became my role model. At the age of 28, he opened his own business, and I followed his example.”

The idea for HarBest Market was born during the agricultural workers’ strikes that took place in Spain just before the pandemic. Farmers deliberately destroyed their products, because it was unprofitable to sell them at the prices offered by intermediaries. This not only surprised but impressed the entrepreneur, and he thought that process automation could help solve the problem.

Before the pandemic, Alvaro and a buddy had decided to start a business in the restaurant sector. “We researched the industry and discovered a Swiss company that assisted local fishermen in selling their catch directly to restaurants in France and England. The young entrepreneurs saw the demand for such a service among Spaniards. In Spain, there are at least four middlemen between the farmer and the customer. The prices of products are low but due to the commission of intermediaries they are marked up many times, and this does not allow manufacturers to earn well. 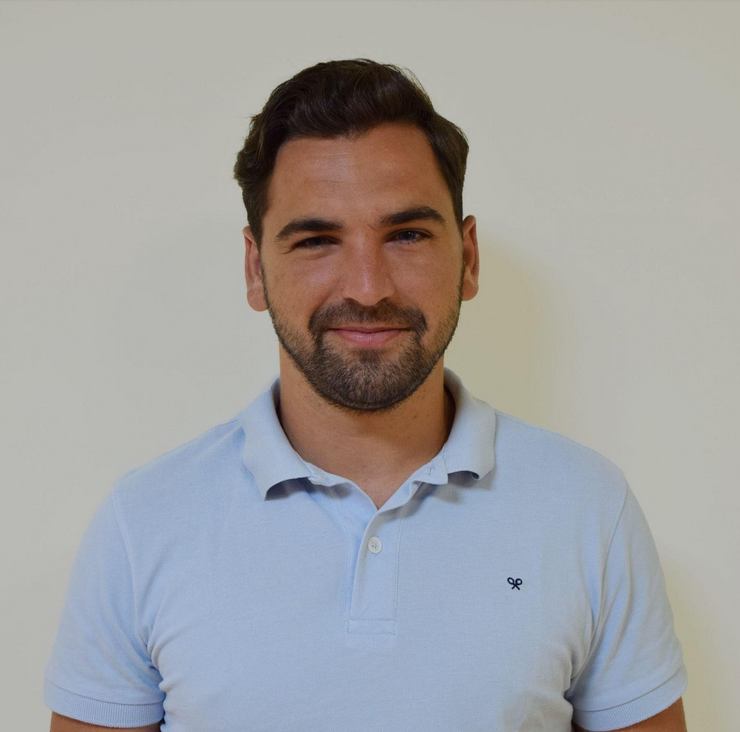 A business that started with a trip around Spain

According to Alvaro, the most difficult thing about creating his business was that the people around him did not support his idea. No one believed that the company would make a profit. But he did not back down, and in time he showed them that they were wrong.

“In July 2020, my friends and I took a car and went to travel around Spain," says the businessman. “Our goal was to visit as many farms as possible and talk about our company. In that way, we convinced 150 farmers to participate. In August, we started working on the project. Then another lockdown began, and the restaurants closed. We decided not to rush it and set a deadline for the summer of 2021 — in that time we would develop a website, establish relationships with suppliers and customers, and come up with our brand positioning and business strategy. As a result, we launched at the appointed time. During the year we’ve been in business, the company has attracted 550 customers, and 100 people are added to this number every month.”

Farmers and restaurants both benefit from working with HarBest Market, since the program eliminates intermediaries from the chain, lowering product costs by 20-30% for the customer. Previously, it would take 2-3 days for fruits and vegetables to be transported to restaurants. As a result of the service, the consumer obtains fresh goods that can be stored for a longer period of time. The company guarantees quality and offers information on where fruits and veggies were cultivated and under what conditions.

The benefit for farmers is that they determine the cost of goods for themselves and receive money for products on the day of sale. Previously, they had to wait months for payment. Plus, the company takes care of logistics and optimises the delivery route, which reduces air pollution by 28% compared to conventional transportation. The service also automates invoicing, repayment, and warehouse management.

A startup that gives everyone a chance

Currently, HarBest Market employs 23 people. The startup has a young team, the average age of the employees is 24. When selecting personnel, the CEO not only pays attention to professionalism and experience, he has more serious requirements.

“It is important for us to employ ambitious specialists who want to grow together with HarBest Market. We're expanding quickly — in January 2021, there were five of us, and now there are 23. I particularly value the capacity to adapt quickly to changes, because we are frequently optimising procedures, and our experts need to learn new skills and responsibilities. Working for a startup is nothing like working for a major corporation, where everything is consistent and predictable. In a few years, the firm will have grown 15 times its current size, and our workers will grow along with it.”

HarBest Market opens its doors to everyone. They offer internships to university students. The team treats young professionals without experience as full professionals and supports them in everything. There are no separate positions for interns in the company, but anyone can apply for an open vacancy. Previously, Alvaro could not pay for their work, but now he pays them a salary of at least 500 euros. If they do good work, the CEO offers them long-term cooperation. 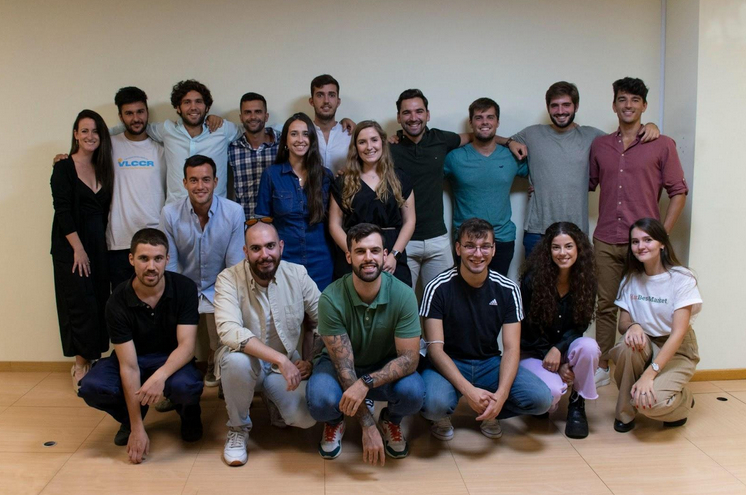 The startup’s marketing is focused in two directions, one is aimed at attracting farmers, the second recruits restaurants to participate.

“To search for farmers, we call the cold database. Facebook and Instagram Ads are actively used to attract customers. On average, advertising gives us 15-20 leads per day, but we invest about 6000 euros per month in it. We are currently working on launching paid advertising on YouTube. We are also working to increase brand loyalty and awareness on our social networks.”

Alvaro tried to promote HarBest Market’s services on LinkedIn, but he failed to successfully launch an advertising campaign. So far, the community is growing organically. This platform is important to the company because they are looking for investors there. In 2021, with the help of LinkedIn, the service already attracted 420 thousand euros of investment, with plans to increase this figure to one million. There are also large restaurant communities on this platform where the company can find new customers.

HarBest Market actively uses tools when working with social networks; for example, LinkedHelper and DuxSub chatbots help to attract a new audience on LinkedIn. The bot visits the profiles that the employees have previously entered into its database. People see that HarBest Market has visited their page, and in response, they visit the service’s profile. If they are interested, they stay. A personalised message with an offer of cooperation is manually sent to the new subscriber.

On Instagram, the company uses the Phantom Buster bot — it subscribes to accounts united by a specific parameter. For example, those who like the service’s profile. They also use a program that automatically subscribes to their competitors' followers. This helps to automate the search for leads. 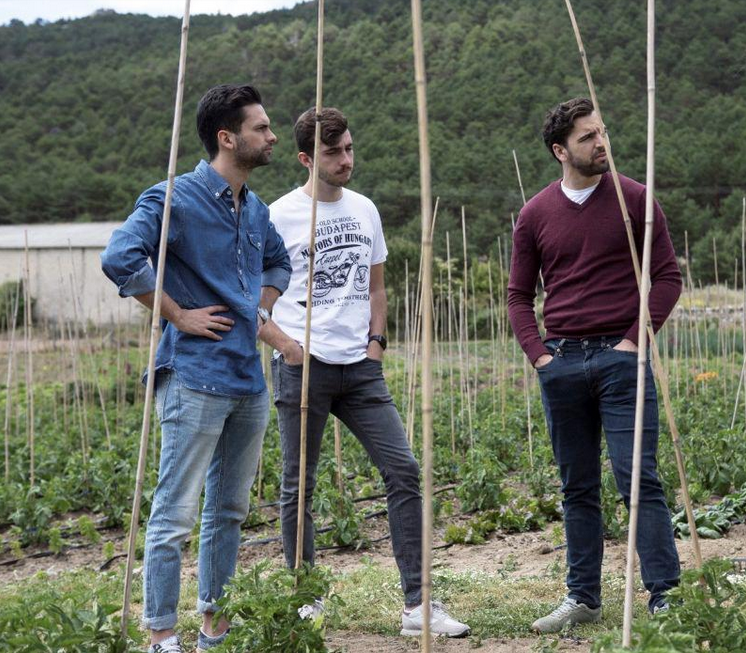 On HarBest Market’s Instagram account, you can find useful tips, interesting information about products, and even recipes. Thus, the service shows the path its products take from the garden to the plate. They explain where it comes from, what it’s made of, what to cook with it, how to serve it. Posts are often published on the page describing how such-and-such an institution prepares such-and-such dishes from products that were delivered by HarBest Market. In this way, the service supports cooperation with customers, plus such posts are additional advertising for restaurants. This strategy helps to create a community united by an interest in delicious and healthy food and also increases customer loyalty.

“We work with three freelancers: one sets up advertising campaigns on Facebook, the second in Google Ads, the third is engaged in SEO promotion. The company has a designer and an analyst on staff who publish content and control advertising campaigns. All of them work together and deliver powerful results,” the CEO notes, describing the professionals who work on the brand account.

A full team of experts work on the startup's marketing. Increased visibility, a positive image, and the development of its own Instagram community are all priorities for the organisation. They will enable HarBest Market to access the international market in the future. The introduction of the Conte.ai’s services will not only help them to optimise the effectiveness of social media marketing but also to establish a strong presence for their business across different social media platforms.

Plans to conquer Spain and the motivation to carry them out

Now that HarBest Market is actively working in Madrid and Barcelona, in the future, the team plans to start operations in Valencia, Bilbao, and Malaga. And by 2023, the startup plans to have received about 4 million in investments, allowing it to enter the markets of Portugal and Italy. These are not just Alvaro's ambitions — the CEO has developed a step-by-step plan to achieve them.

According to the entrepreneur, he is motivated by the opportunity to benefit society and realise all his non-standard ideas.

“When I was working at the bank, I was worried that I was useless. Now everything is different. The phrase ‘dream big, start small’ inspires me. I want to help Spanish agriculture and the people who work in this field. HarBest Market helps to create jobs in rural areas, helps the development of farms. I enjoy breaking down old, outdated structures to create something new.”